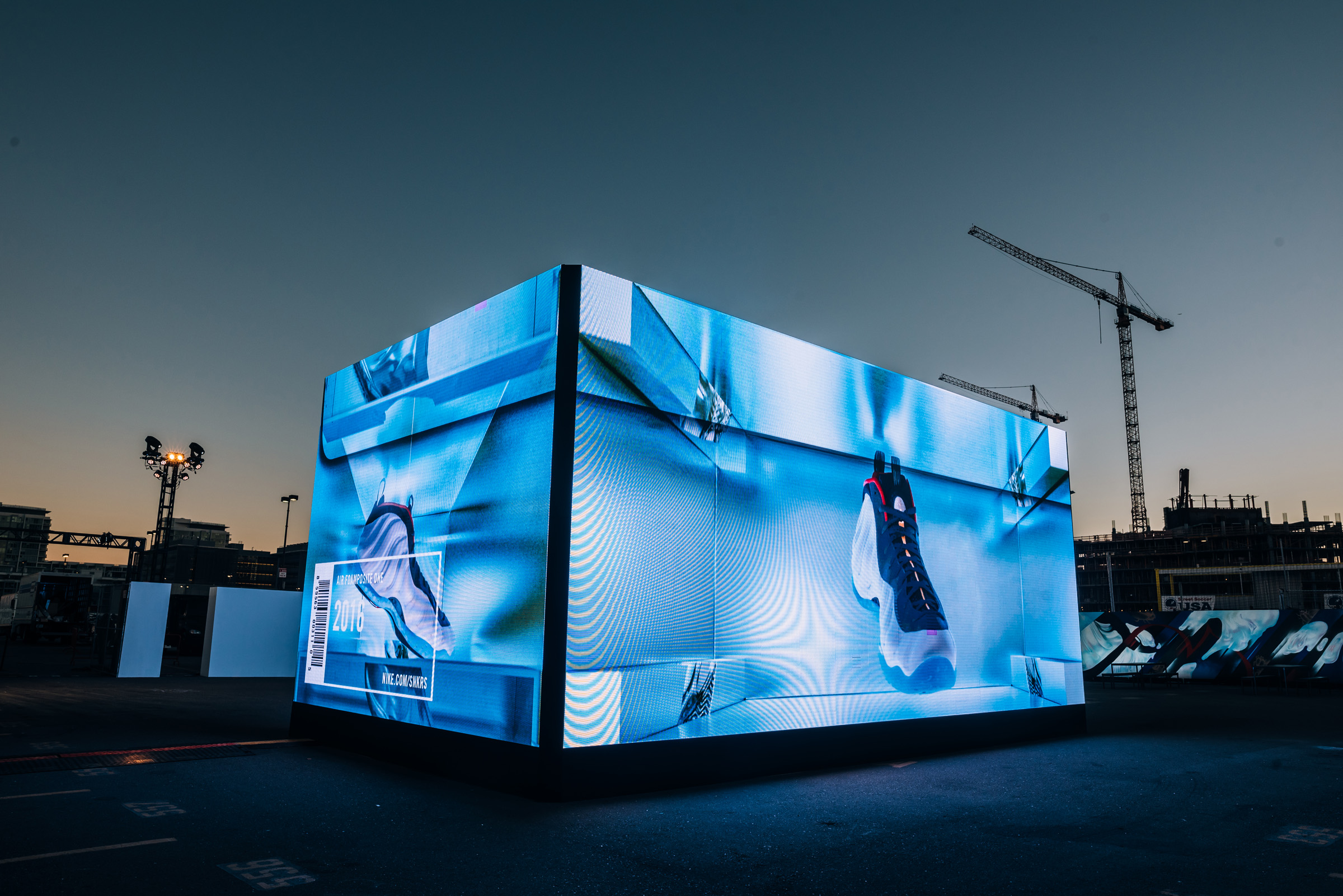 Celebrating US Olympic Basketball with the Nike SNKRS Box pop-up

A branded retail experience like none other, made out of digital screens

Nike wanted to create excitement around a major sponsorship asset — the US Men’s Olympic Basketball Team — to celebrate its rich heritage of basketball products. The idea was to build an immense sneaker box pop-up, where consumers could walk inside and immerse themselves in everything Nike. They asked Set Creative to produce Golden Air SNKRS Box, made out of digital screens.

Create a branded footwear and apparel retail experience like no other: The Golden Air SNKRS Box. This transformative retail pop-up experience celebrated fresh content in a way that only Nike can. Set Creative built the Golden Air pop-up in San Francisco from the ground up. The framework of the box was built with struts, and 350 exterior grade LED screens covered the outside.

To source the best screens in the world for the best price our team traveled to China. The screens formed a living canvas that transformed the structure into a message wall to attract basketball fans. Inside the box, there was a lit floor, facades walls and lighting. Products were shown from pedestal hanging from the ceiling. In addition to the pop-up, our team designed and engineered a truck cover and visual merchandising to go with the experience.

Inside the box was a retail space with a lit floor, showcasing Nike's iconic basketball shoes on custom produced glass pedestals that were hanging from the ceiling. Basketball fans experienced the sneaker company's legacy with the sport while shopping for its latest innovations. In addition to the pop-up, Set Creative designed and engineered a truck cover and visual merchandising to go with the experience. 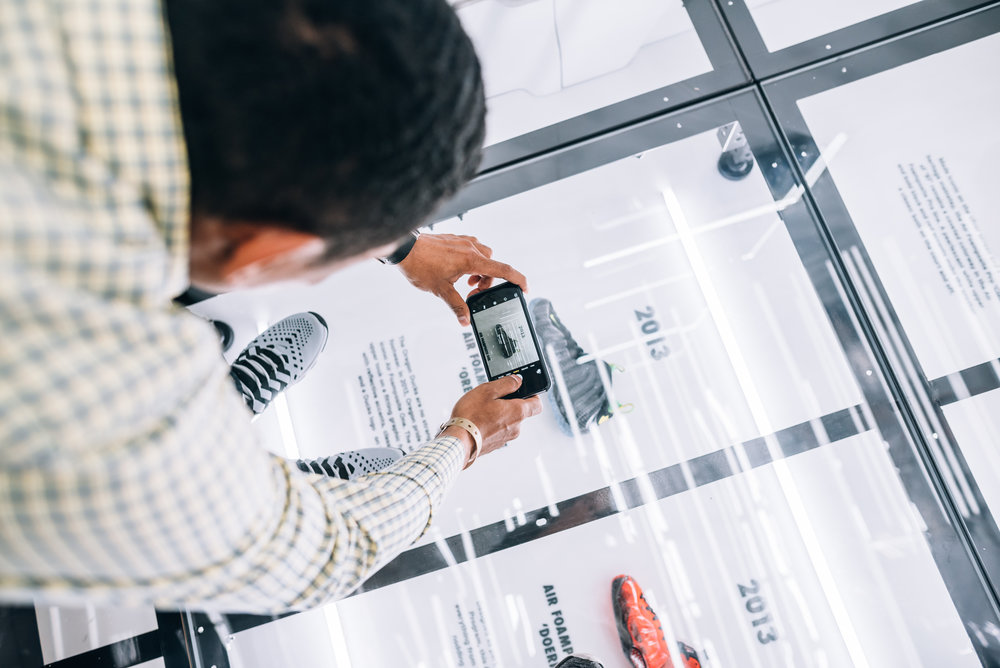 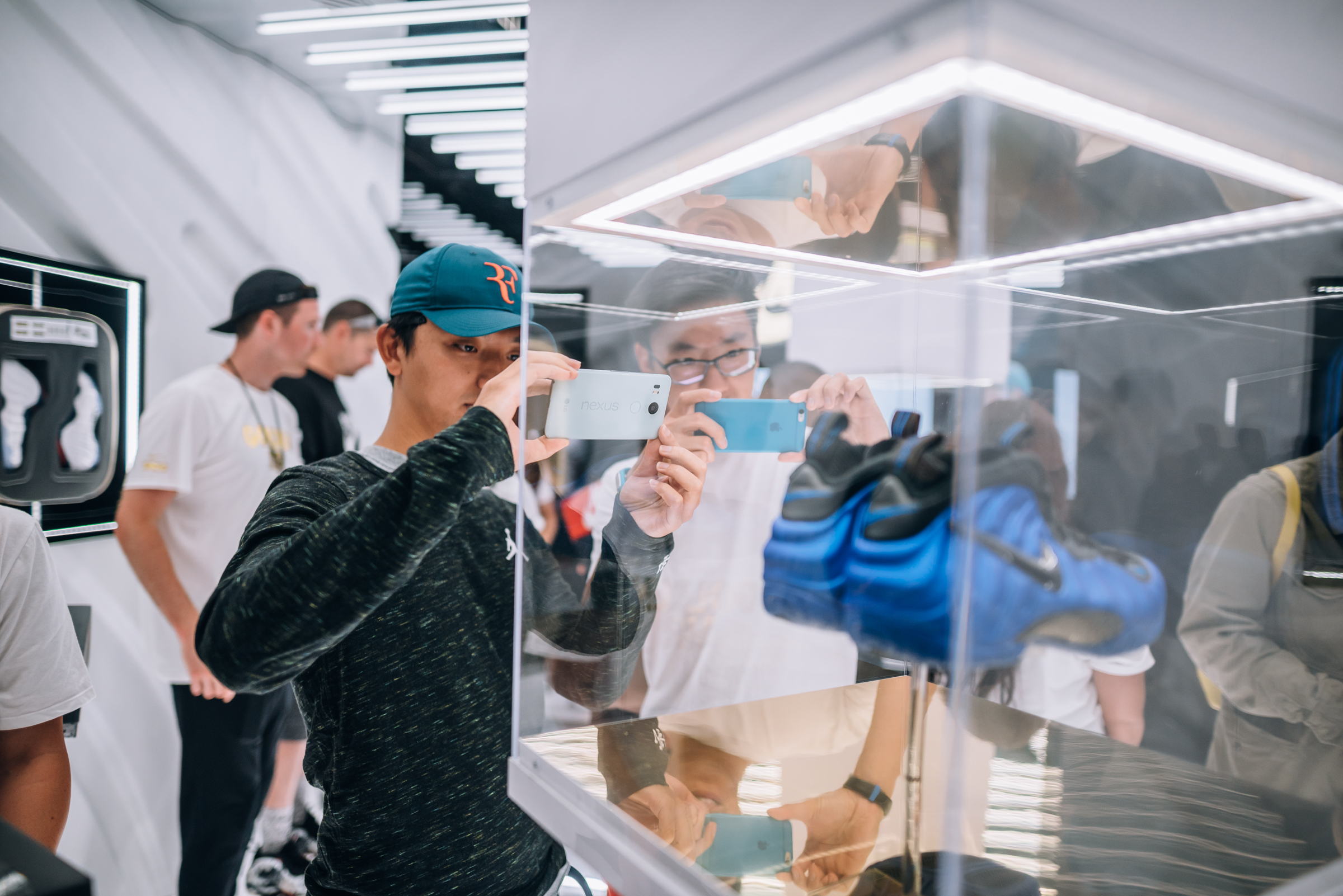 This shareable brand experience was featured in sneakerhead authorities Yardbarker, Sneakernews and Hypebeast. When all was said and done, over 3,500 unique visitors came to the center of San Francisco over the course of three days to engage with the SNKRS box firsthand. The concept was so successful that Nike took the box on tour to Los Angeles, New York, and London. 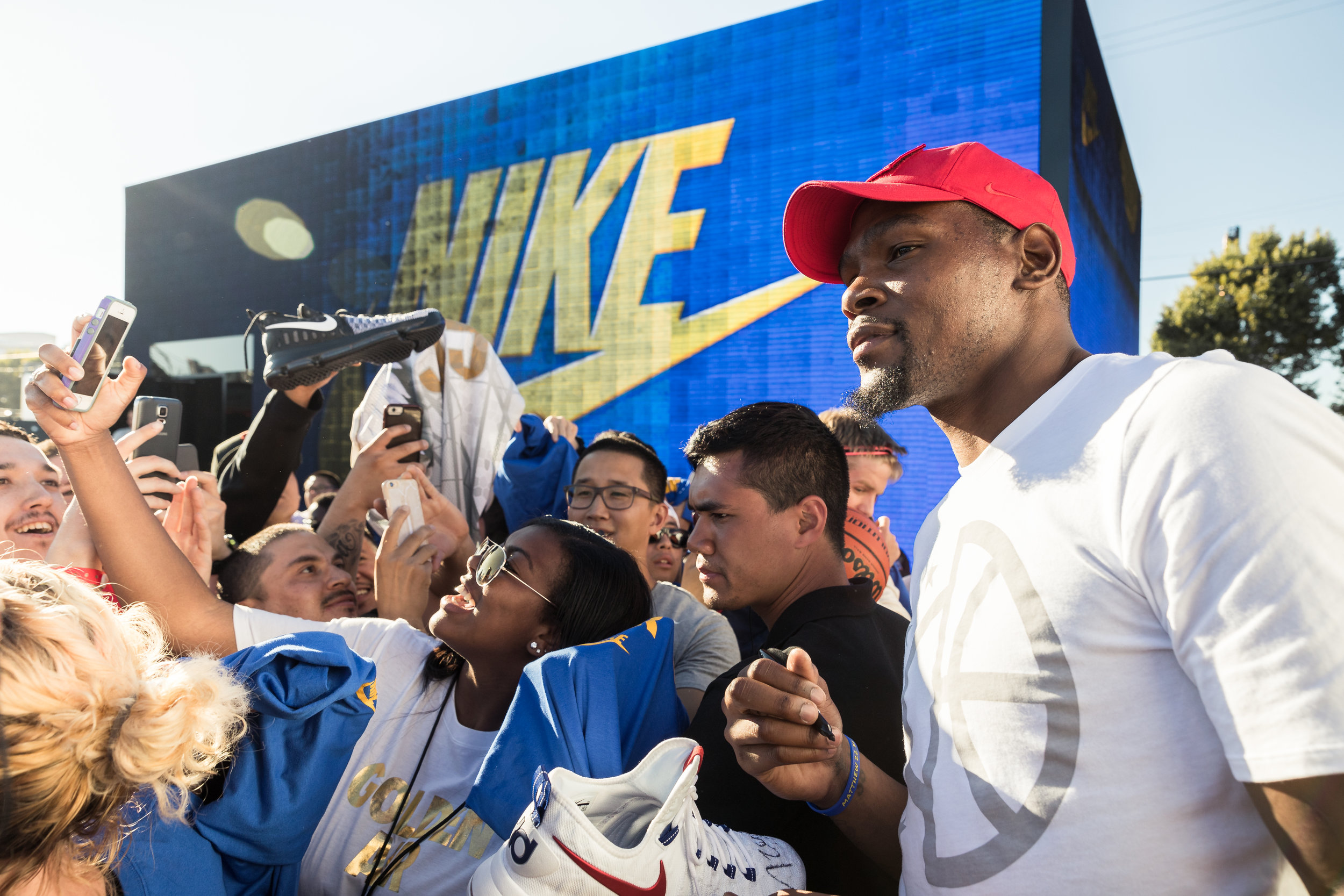